For the man who has everything but 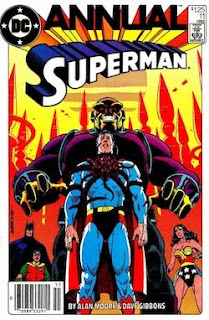 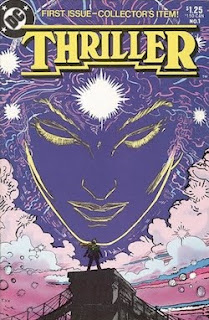 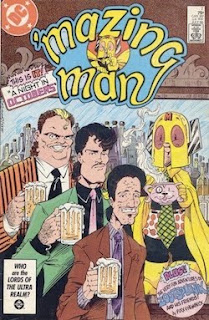 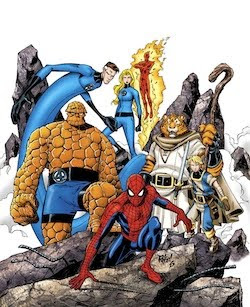 What do the above images have in common? Colorist Tom Ziuko.

I used to act as Macintosh troubleshooter/repairman/tutor for Tom about ten years ago, when he lived in a tiny closet-sized apartment near the U.N. building in midtown Manhattan. When I say this place was closet-sized, I mean it literally -- I know for a fact some people who read this blog have closets larger than that whole apartment. Tom shared the apartment with a three-legged cat; there wasn't enough room in that place for a fourth leg. Tom was one of the nicest people I ever worked for, and absolutely one of the sweetest and most generous people I encountered in the comics field.

When I was looking over Tom's published credits, I was surprised by just how many landmark comics series and cult favorites he was directly involved with. Among many others and in no particular order, Tom was colorist on such titles as Mazing Man, Amethyst, Crisis on Infinite Earths, Legends, Thriller, Phil Foglio's Angel and the Ape, and John Byrne's Superman reboot. My own favorite comics work of his is the 1985 Superman Annual by Alan Moore and Dave Gibbons preceding their collaboration on Watchmen. Check out that link at the start of this paragraph for more of his credits.

In spite of all his ability and all this terrific work to his name, a health crisis has left Tom in financial peril. I've donated what I can, and the only other thing I have to offer is trying to raise awareness. The comic book business has been pretty hard on a lot of people who worked on comics I loved, and pretty hard on friends of mine who were employed by it. Tom is both of those, and you'll understand I get kinda tired of watching it happen. Read this post at Daniel Best's blog and see what you think.

Also, comics scripter and letterer Todd Klein offers a post about Tom that really captures the guy.
at 1:33 AM 7 comments: